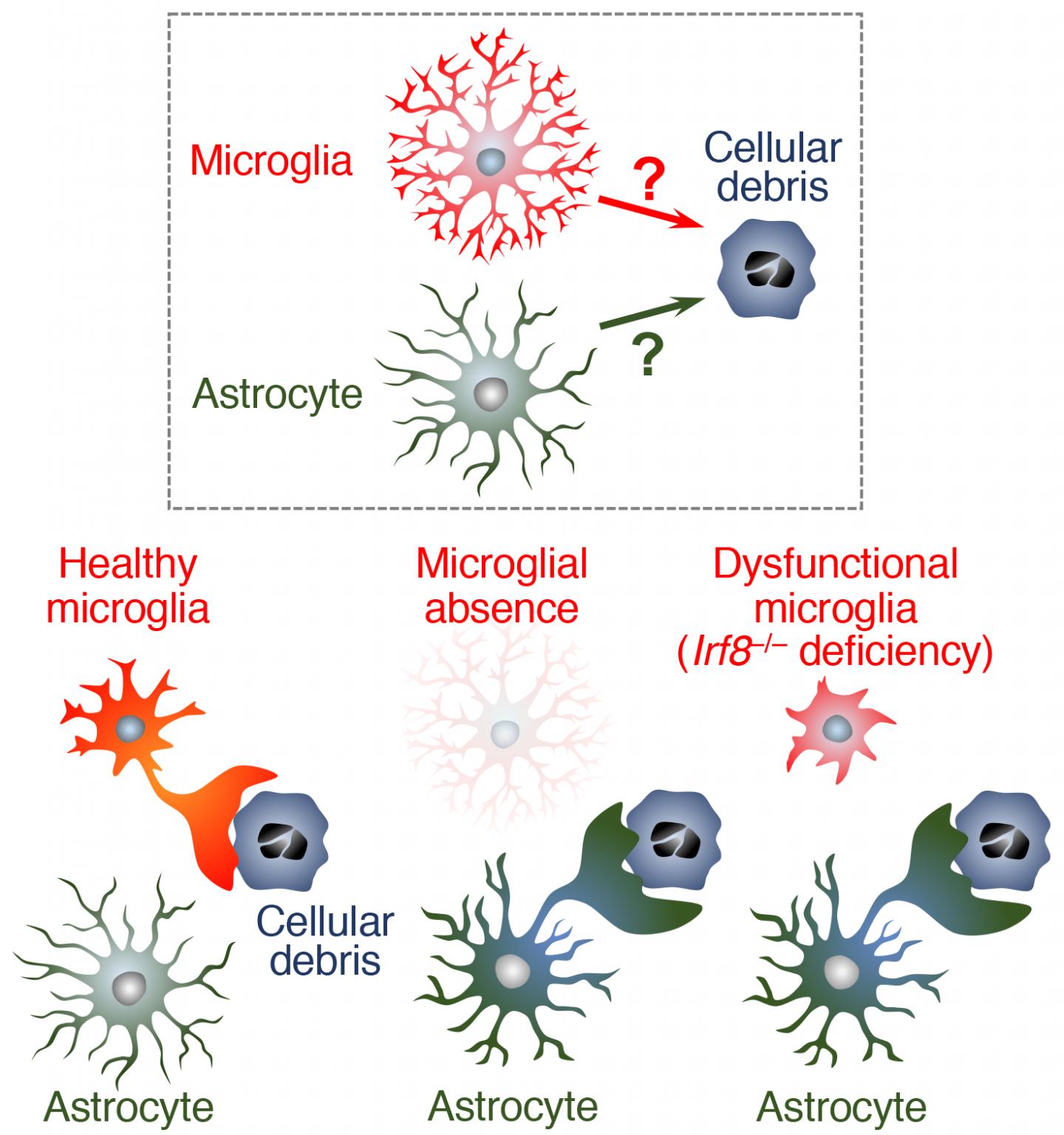 Newswise — Microglia -- the brain's immune cells -- play a primary role in removing cellular debris from the brain. According to a recent study by a Nagoya University-led research team in Japan, another kind of brain cell, called astrocyte, is also involved in removing debris as a backup to microglia. The finding, published recently in The EMBO Journal, could lead to new therapies that accelerate the removal of cellular debris from the brain and thereby reduce detrimental effects of the debris on surrounding cells.

Even in a healthy brain, neurons die at a certain rate, which increases with age. As dead cells and cellular debris accumulate, they harm surrounding cells, which in turn accelerates neuron death and causes neurodegenerative diseases such as Alzheimer's disease. Microglia -- brain "phagocytes" (a type of cell that engulfs and absorbs bacteria and cellular debris) -- act to clear the danger, but the debris sometimes overwhelms the microglia. This has led to suggestions that another mechanism that helps remove cellular debris is also at work.

To clarify the nature of the alternative debris-clearing mechanism, a research team led by Dr. Hiroshi Kiyama and Dr. Hiroyuki Konishi of the Graduate School of Medicine at Nagoya University first investigated what would happen to microglial debris in the brains of mouse models in which microglial death was induced. As expected, the team observed that dead microglia were cleared, indicating that indeed another phagocyte was at work.

The researchers next analyzed the expression of molecules in the brains of the mouse models and identified astrocytes that play a role in the removal of microglial debris. Then, using mutant mice with phagocytosis-impaired microglia, they examined how astrocytes work when microglia don't function properly. The results showed that almost half of the cellular debris was engulfed by astrocytes, not by microglia. This indicates that astrocytes have the potential to compensate for microglial dysfunction.

The team concluded that not only are astrocytes capable of engulfing cellular debris, but also that they are likely to actually do this when microglia don't function properly.

The team next plans to clarify how astrocytes recognize microglial dysfunction and deploy their phagocytic function. Drs. Kiyama and Konishi say, "Further investigation of how to control astrocytic phagocytosis may lead to new therapies that accelerate efficient debris clearance from aged or injured brains."