My 365 Days with the Wolfhounds in Vietnam 1968-1969
John Quintrell, a devastatingly personal memoir 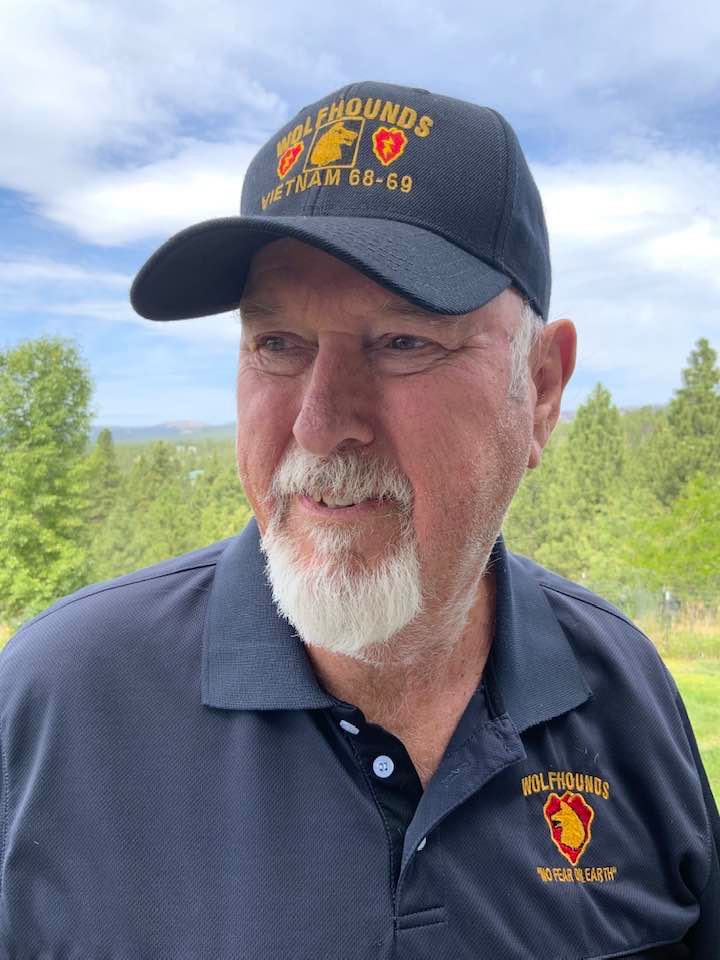 John Quintrell, writes a devastatingly personal memoir. His recalling the chilling nature of guerrilla and helicopter warfare and its effect on the men who fight in it chronicles their cold fear. Ground with precision, John evokes the foot soldier’s daily life. Its raw language brings a shocking and gritty portrait of horror and pain with its immediate emotional impact of shame and guilt- recalled even 50 years after his one heart rendering year in Vietnam.  With intense sketches of fellow soldiers, bloodied bodies and lands scarred by bullets and napalm the author never lets up with the gore and agony and loss of yet another brother in arms.

When you read his account of his year in Vietnam, you will be amazed by the true unvarnished not politically correct stories. Experience the unique bonds of brotherhood between men that came into the platoon as strangers but soon became brothers watching out for each other’s back. You will feel the anguish of a soldier whose friend dies in his arms. You will be with the platoon when they face 300 NVA regulars in an impossible fight for their lives. You will feel the startling fear that grips a man when he sees his buddy blown up by a land mine.

You will ride home with Big John on the freedom bird that is taking him home after a year in hell. Observe a broken soldier trying to adjust to living back in the world dealing with alcoholism and PTSD. Quintrell, a former staff sergeant in the United States Army who served in the combat zone of Vietnam, is the founder and chairman of Wolfhounds Veteran Association Inc. The book is available on Amazon.com and is available in Kindle book and audio book.