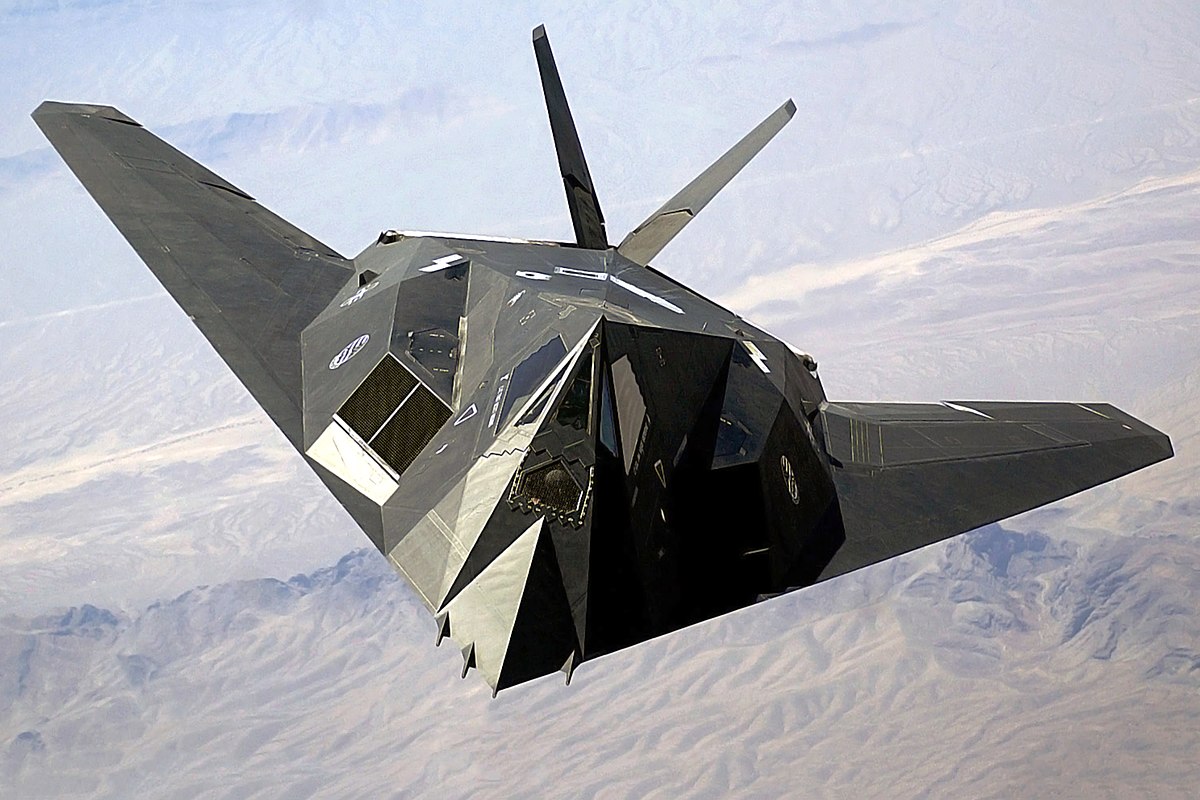 Castle Air Museum located in Atwater is proud to announce the arrival of the Lockheed F-117 Nighthawk Stealth aircraft to the Museum early this Friday morning, July 29th prior to dawn. The aircraft is scheduled to be offloaded at approximately 8 AM at the Museum's Restoration Hangar at 3040 A Street, on the Castle Airport complex. The Museum to date has the distinction of being the only air museum in Northern California to receive this aircraft, and one of a few museums across the nation with this distinction!   An interesting note is that, technically this aircraft and its 58 sister aircraft did not exist as far as the general public was concerned for over 7 years after its introduction! Many of the advancements made on the F-117 remain cloaked in secrecy to this day! The aircraft coming to Castle was one of the aircraft that were first to fight in the night skies over Baghdad Iraq on the first night of the air offensive during Operation Desert Storm in 1991.   Currently the aircraft is in Tehachapi, California and awaiting Highway Patrol escort over Highway 58 to Bakersfield and up Highway 99 to its final destination, the Castle Air Museum in Atwater California. At over 19 feet in width it is necessary to have Highway Patrol Escorts the entire journey, and allowed to travel over road at specified times only, per law enforcement. The aircraft is slated to begin the last leg of the journey at sunset this evening from Tehachapi to the Museum and due to arrive in the early morning hours for scheduled off load the Museums Restoration Hangar at 8 AM Friday morning July 29.   For more information on this historic event, please contact Joe Pruzzo, Executive Director at the information provided below.   -- Joe Pruzz Executive DirectorCastle Air Museum209.723.2178 Main Ext. 304 209.201.8289 Cell209.723.0323 Faxwww.castleairmuseum.org 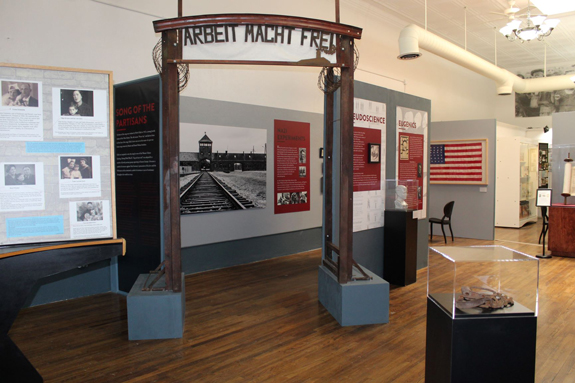 The New Mexico Holocaust Museum and Gellert Center for Education uses lessons and personal stories of the Holocaust and other genocides to educate and inspire communities of upstanders. This unique museum experience reinforces the idea that every single one of us can make a positive difference. Located in the heart of downtown Albuquerque, the New Mexico Holocaust Museum provides a unique educational experience for visitors from around the world. The only museum of its type in the state, it opened in January of 2001. The institution was founded by Werner Gellert, a Holocaust survivor, his wife, Frankie, and Juliana K. Lerner, also a Holocaust survivor. Their intent was to show--along with the Holocaust--genocides and other instances of organized hate in the hopes that such atrocities might never happen again. We embody that mission through our exhibits which describe hate groups in America, propaganda, the Armenian genocide, the Chinese exclusion Act, colonization as it affected Native Americans, and the African-American experience. Our collections include a diverse array of unique artifacts, including the Flossenbürg Flag, a replica of the United States flag made by prisoners of the Flossenbürg concentration camp to welcome their liberators.  In keeping with our focus on education and outreach, we revived school visits which had been suspended due to COVID. Recently, nearly 200 middle and high school students were welcomed at the museum. After a guided tour of the exhibits, they had the incredible opportunity to hear the story of a local Holocaust survivor who was a hidden child. By studying the Holocaust, these youngsters learned about historical consequences of prejudice, hate, and intolerance, and how to combat these forces in their own lives. They learned what it means to be an upstander rather than a bystander. The New Mexico Holocaust Museum is a one-of-a-kind highlight to any Albuquerque vacation. Visit us to learn what you can do to prevent hate and intolerance and make our world a better, more equal place for all 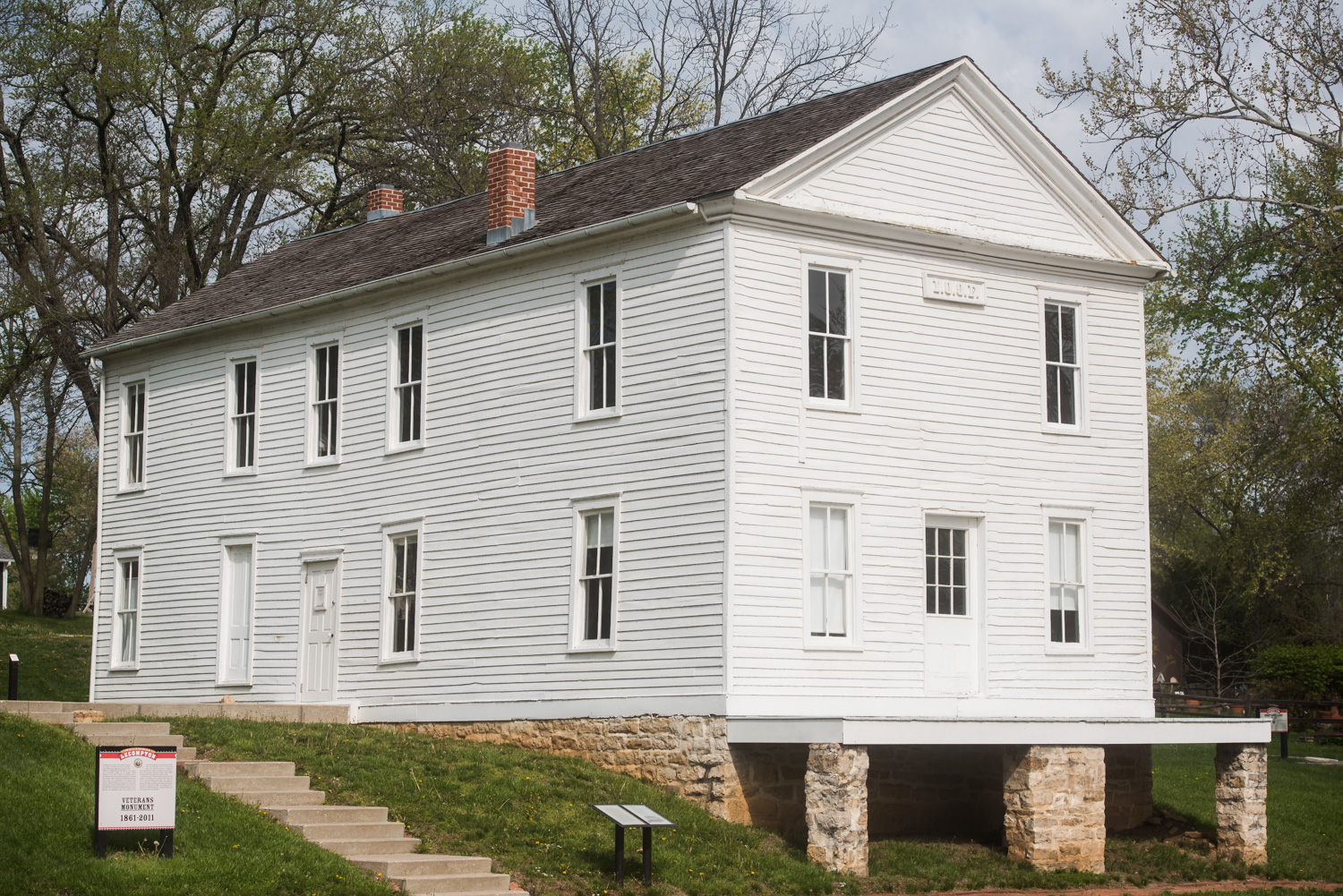 Historic Lecompton was the Territorial Capital of Kansas from 1854 to 1861.  This period was also known as Bleeding Kansas which was characterized by violent guerilla warfare between those who favored slavery in the future state of Kansas and those who wanted Kansas to be a free state.  The wide spread controversy over the famous Lecompton Constitution, written at Lecompton’s Constitution Hall, resulted in Lincoln’s election as President and spurred the events that led to the Civil War. The Constitution Hall is now a National Historic Site.  Lane University, 1868 – 1902, now the Territorial Capital Museum, was the college attended by Ida Stover and David Eisenhower, the parents of Dwight D. Eisenhower.  Their marriage was held in the chapel of Lane University. During the Christmas season, the Lecompton Historical Society hosts a fabulous display of over 200 Christmas trees bedazzled in Victorian, antique, vintage and themed ornaments and related décor. It is one of the largest in the Midwest. Lecompton’s quaint downtown includes a restaurant, winery and old fashioned mercantile that also attracts the museum goers. The Democratic Headquarters for the Kansas Territory, built in 1854, is near the Territorial Capital Museum and the original 1892 original jail next to Constitution Hall are open to visitors.