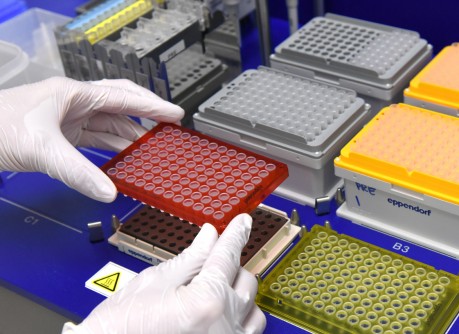 Newswise — DALLAS – Jan. 6, 2020 – Children who undergo expansive genetic sequencing may not be getting the thorough DNA analysis their parents were expecting, say experts at UT Southwestern Medical Center.

The reanalysis by UT Southwestern shows each lab on average adequately examined less than three-quarters of the genes – 34, 66, and 69 percent coverage – and had startlingly wide gaps in their ability to detect specific disorders.

Researchers say they conducted the study because they believe vast differences in testing quality are endemic in clinical genetic sequencing but have not been well documented or shared with clinicians.

“Many of the physicians who order these tests don’t know this is happening,” says Jason Park, M.D., Ph.D., associate professor of pathology at UT Southwestern. “Many of their patients are young kids with neurological disorders, and they want to get the most complete diagnostic test. But they don’t realize whole exome sequencing may miss something that a more targeted genetic test would find.”

Whole exome sequencing, a technique for analyzing protein-producing genes, is increasingly used in health care to identify genetic mutations that cause disease – mostly in children but also in adults with rare or undiagnosed diseases. However, Park says the process of fully analyzing the approximately 18,000 genes in an exome is inherently difficult and prone to oversights. About half the tests do not pinpoint a mutation.

The new study published in Clinical Chemistry gives insight into why some analyses may be coming back negative.

Researchers re-analyzed 36 patients’ exome tests conducted between 2012 and 2016 – 12 from each of the three national clinical laboratories – and found starkly contrasting results and inconsistency with which genes were completely analyzed. A gene was not considered completely analyzed unless the lab met an industry-accepted threshold for adequate analysis of all DNA that encodes protein, which is defined as sequencing that segment at least 20 times per test.

“And things really start to fall apart when you start thinking about using these tests to rule out a disease,” Park says. “A negative exome result is meaningless when so many of the genes are not thoroughly analyzed.”

For example, the chances of detecting an epileptic disorder from any of the 36 tests varied widely depending on which genes were analyzed. One lab conducted several patient tests that fully examined more than three quarters of the genes associated with epilepsy, but the same lab had three other patient samples in which less than 40 percent were completely analyzed.

Three tests from another lab came in at under 20 percent.

“When we saw this data we made it a regular practice to ask the labs about coverage of specific genes,” says Garrett Gotway, M.D., Ph.D., a clinical geneticist at UT Southwestern who is the corresponding author of the study. “I don’t think you can expect complete coverage of 18,000 genes every time, but it’s fair to expect 90 percent or more.”

The findings build upon previous research that showed similar gaps and disparities in whole genome sequencing, a technique that examines all types of genes, regardless of whether they produce proteins.

Gotway says he hopes the findings will prompt more physicians to ask labs about which genes were covered and push for improved consistency in testing quality. He also encourages physicians – even before ordering the test – to consider whether whole exome sequencing is the best approach for the patient.

“Clinical exomes can be helpful in complex cases, but you probably don’t need one if a kid has epilepsy and doesn’t have other complicating clinical problems,” Gotway says. “There’s a decent chance the exome test will come back negative and the parents are still left wondering about the genetic basis for their child’s disease.”

In those cases, Gotway suggests ordering a smaller genetic test that completely analyzes a panel of genes associated with that disease. He says they’re less expensive and just as likely to help physicians find answers.

Park is medical director of the Advanced Diagnostics Laboratory at Children’s Medical Center Dallas. Gotway is assistant professor of pediatrics and internal medicine. Both are members of UT Southwestern’s Eugene McDermott Center for Human Growth and Development.

UT Southwestern, one of the premier academic medical centers in the nation, integrates pioneering biomedical research with exceptional clinical care and education. The institution’s faculty has received six Nobel Prizes, and includes 22 members of the National Academy of Sciences, 17 members of the National Academy of Medicine, and 15 Howard Hughes Medical Institute Investigators. The full-time faculty of more than 2,500 is responsible for groundbreaking medical advances and is committed to translating science-driven research quickly to new clinical treatments. UT Southwestern physicians provide care in about 80 specialties to more than 105,000 hospitalized patients, nearly 370,000 emergency room cases, and oversee approximately 3 million outpatient visits a year.