Beating Diabetes: Is There a Role for Nutraceuticals? 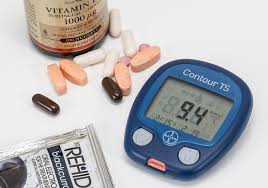 Newswise — Every five minutes, someone in Australia is diagnosed with diabetes. It’s Australia’s fastest growing chronic condition, but as its prevalence grows more people are adding dietary supplements to their diets in the hope of reducing their risk of the disease. But how effective are dietary supplements?

In a new study from the University of South Australia, researchers have examined the efficacy of some of the most commonly used supplements (‘nutraceuticals’) to manage diabetes and its risk factors.

The review found that the nutraceuticals resveratrol (a compound from grapes), curcumin (from turmeric) and cinnamon were all effective in combatting various elements of diabetes, including regulating glucose, improving insulin resistance and reducing cholesterol.

Diabetes is a chronic condition marked by high levels of glucose in the blood. While Type 1 diabetes cannot be prevented, Type 2 diabetes is most common and preventable in up to nearly 60 per cent of cases by maintaining a healthy weight, being physically active and following a healthy eating plan.

UniSA researcher, Dr Evangeline Mantzioris says it’s important to recognise the role nutraceuticals have in modern society, especially given their popularity among consumers.

“More than 40 per cent of Australian adults regularly use dietary supplements to enhance and improve their diets,” Dr Mantzioris says.

“They’re easily available, accessible and affordable, and unlike pharmaceuticals, they don’t need a prescription, making them extraordinarily popular.

“The challenge is, however, knowing which nutraceuticals will deliver on their promises.

“Our research sought to establish the effectiveness of the most popular types of nutraceuticals, and for diabetes, nutraceuticals that used the active ingredients cinnamon, curcumin or resveratrol were all effective, but in different ways.

“We also tested the efficacy of nutraceuticals on obesity, a key risk factor for diabetes, and, despite all the hype, none had any significant impact for weight loss.”

Dr Mantzioris says while nutraceuticals have their place, a healthy diet and lifestyle is the most important factor influencing health.

“People should invest in a diet filled with whole foods – vegetables and fruits, cereals, lean meats, fish, eggs, nuts and seeds, as well as dairy foods – as recommended by the Australian Guide to Healthy Eating. This should provide them with enough of the nutrients essential for good health.

“However, if you are considering nutraceuticals to manage or prevent diabetes, we always recommend speaking with your doctor.

“Nutraceuticals may have a place in healthcare, but there is still a lot we need to learn about them.”